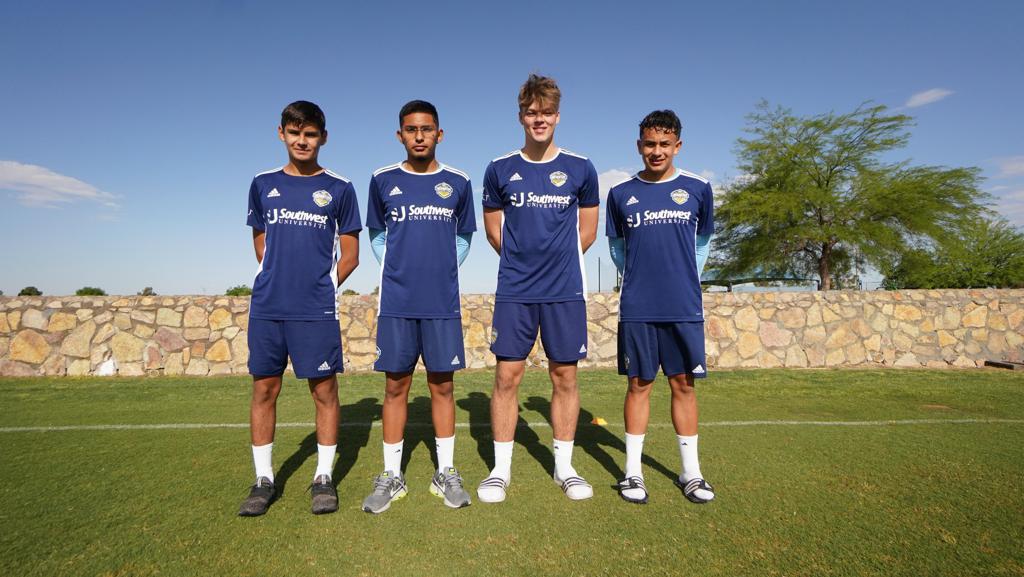 El Paso is a hotbed for soccer. There is an overabundance of talent in the Borderlands region that is simply waiting to be uncovered and given an opportunity to move into the professional levels. Most notably is Chapa Herrera, a local El Pasoan, who has gone on to become a mainstay in the Locomotive squad. Memo Diaz got his professional start with Locomotive as well, moving on to play with Oakland Roots, scoring his first professional goal – Root SC’s second in a 3-2 win against the LA Galaxy II – this past weekend.

Playing on teams during Locomotive Youth Soccer’s inaugural year, the four are paving the way for those behind them, signing USL Academy contracts with Locomotive, pending league and federation approval. The contracts open up a new world for the soccer hopefuls with the potential to be called upon to the First Team to earn professional minutes in the USL Championship regular season. Though these young players have only been with Youth Soccer for a short time, they highlight the talent that exists in the Sun City. 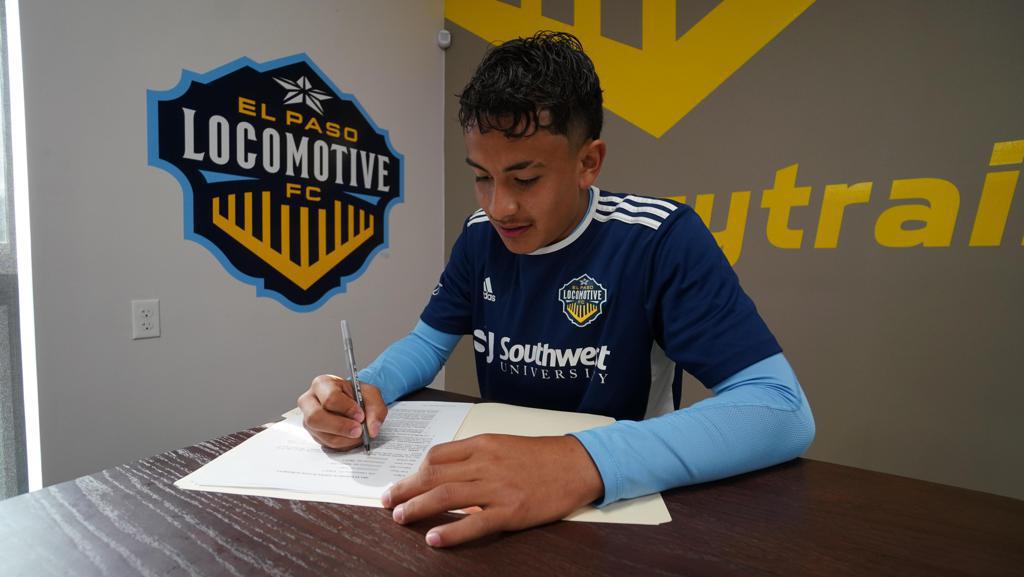 “The hard work feels like it’s paying off,” shared Maldonado after a few weeks into training with the First Team. “Just like [Head Coach] Mark [Lowry] says, you have to keep working hard, be the best at the top and keep chasing the dream. In the beginning, I was nervous, but as soon I touch the ball, I know I have to show what I’ve learned here with Locomotive. It has been an honor to play in both games.”

Of the four, Maldonado, Villagomez, and Villareal are all local, growing up in the El Paso soccer scene with various youth clubs in the region. Shaw, born in England, found his way into the Orlando City developmental academy, making connections with Locomotive Head Coach Mark Lowry that led his path to El Paso.

These four will continue to learn under the Locomotive banner, playing on the U-18 squad and playing in the USL Academy League against some of the top youth teams in the United States. However, they will also have the unique opportunity of training alongside the First Team throughout the week, an opportunity they have been enjoying since the start of preseason in March.

Through their hard work and commitment, the first USL Academy signings have already experienced professional training sessions and have earned minutes alongside the first team in preseason games. Coming in as substitutes, the four made appearances against teams like USL Championship sides New Mexico United and Colorado Springs Switchbacks FC, as well as Liga MX club FC Juarez.

“Having the chance to play in preseason games aren’t token gestures of two or three minutes in a game,” said Mark Lowry, following the preseason game against New Mexico United. “They have had to go out there and compete in difficult environments. We are just trying to win a game and play well. All three of the youth kids went in and did fantastic. It just means that El Paso, the community, and the Youth Soccer in El Paso has a bright future.”

To sign USL Academy contracts after showing up in preseason and training sessions since March, it’s a proud moment for not only Locomotive as a club, but also for the parents who have watched their kids grow and work hard in the sport.

“I’m really proud,” said Paul Shaw, father of Harrison. “I think for any parent that has a son or daughter that wants to go into any field, it’s just the next step. This is the next step for him. We’re really proud as parents to see him here in El Paso. He has been here for two or three months now already and he has started to develop and learn about now just soccer but life and living on his own. That’s part of the next development for him, living on his own and being able to navigate through that. It’s good to be here and see him for a few days and seeing how much he is enjoying himself.”