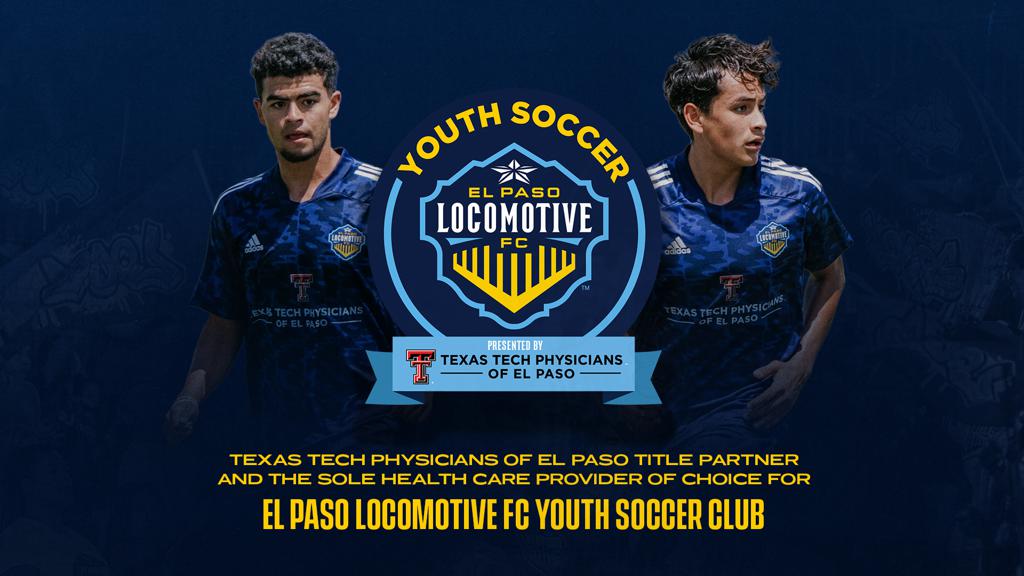 “To be able to join our rapidly growing youth soccer club with one of our original corporate partners is truly incredible,” said Locomotive General Manager, Business Operations Andrew Forrest. “We trust Texas Tech Physicians of El Paso with the health and wellness of our first team. That trust is now extended to the Youth Soccer team and will allow them to showcase their brand as a top-tier healthcare network committed to the El Paso Community.”

"Texas Tech Physicians of El Paso is proud to expand our partnership with Locomotive FC to provide world-class patient care to young athletes and their families," said Richard Lange, M.D., Texas Tech University Health Sciences Center El Paso president and dean of the Foster School of Medicine. "From physicals to orthopedics, TTP El Paso’s over 250 specialists are committed to improving the overall health and wellbeing of youth in our community.”

Under the Academy contract, Garcia joins fellow Borderplex natives Joel Maldonado (17), Jimmy Villagomez (17), and Edwin Villareal (18) as part of the group that makes up part of El Paso’s elite Academy team. Together they will compete in the USL Academy League against top talent across the nation while highlighting El Paso as a hotbed for the World’s Game.

Garcia and his fellow Academy teammates will be invited to play under the Locomotive crest in some of the top tournaments, competitions, and events, regionally and nationally. The Locomotive Youth Soccer Club Academy Team will also have opportunities to train alongside the Locomotive First Team, receiving exclusive coaching from professional players as well as getting an inside look at the professional game.

Since its inception in 2020, El Paso Locomotive Youth Soccer Club has featured the best and the brightest for the future of soccer in El Paso. Boasting club and academy teams ranging from Under-11 to Under-18, Locomotive Youth Soccer has established itself as a premier organization for soccer development in the El Paso area by competing regularly against elite teams regionally and nationwide in prestigious youth soccer competitions.

El Paso Locomotive FC and Texas Tech Physicians of El Paso first partnered in 2019, the two have sought to provide the highest quality of sports health to professional athletes in the Borderplex. The two are excited to heighten the relationship and continue striving for their common goal of growing soccer in the region while promoting world-class patient care, health, and fitness by offering resources now to young soccer hopefuls.