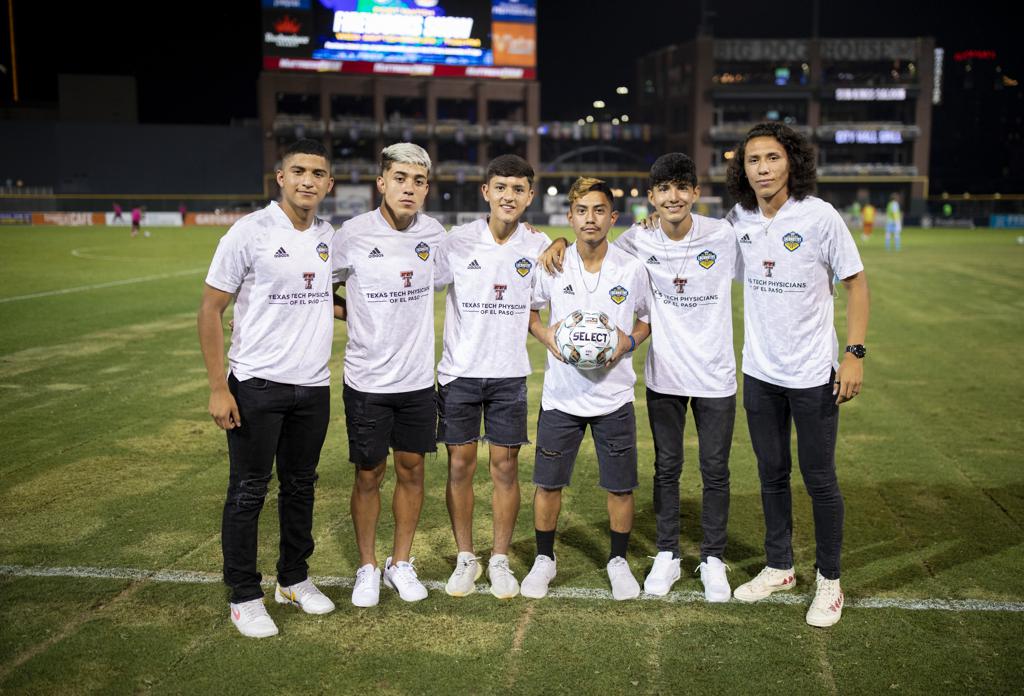 Recently, six players from the Locomotive Youth Soccer Club were awarded with Academy Contracts with Locomotive FC.  These six standout players have the opportunity to continue their professional soccer journey and one day perhaps earn a chance to represent El Paso on the Locomotive professional team.

Felix Casas, Venancio Calderon, Diego Abarca, Diego Garcia, Bryan Salas, and Noe Coutinho are now taking the next steps towards the dream of stepping onto the pitch for your hometown club.  Learn more about these players below.

An incredibly athletic player, Casas has talent with speed and a high work rate.  Recently, Casas has been able to show his flexibility and versatility, converting from a conventional forward to the defensive right back position. Felix is a Senior at Pebble Hills High School.

A terrier of a midfield player, Calderon adds fantastic energy and work rate to press opponents from the first whistle to the last.  Venny, as he is called by his teammates and coaches, is currently a Senior at El Dorado High School.

Abarca is a creative attack-minded midfielder. The 16-year-old has impeccable accuracy with his passing of the ball.  Diego goes to Pebble Hills High School, where he is completing his Junior year.

Garcia is a creative midfielder with the ability to protect the ball and elude opponents.  Diego is the youngest of the recent academy contract signees and is a Sophomore at Pebble Hills High School.

Salas is a center forward that excels in his movements and decision-making skills. His hard work and quality first touch when under pressure makes him a threat to defensive backlines. Bryan is currently a Sophomore at Eastlake High School.

Coutino is a standout forward who can showcase his calm composure as a finisher.  His hard work rate and skillful touch on the ball makes him a dangerous player.  Noe is completing his Senior year at Franklin High School.