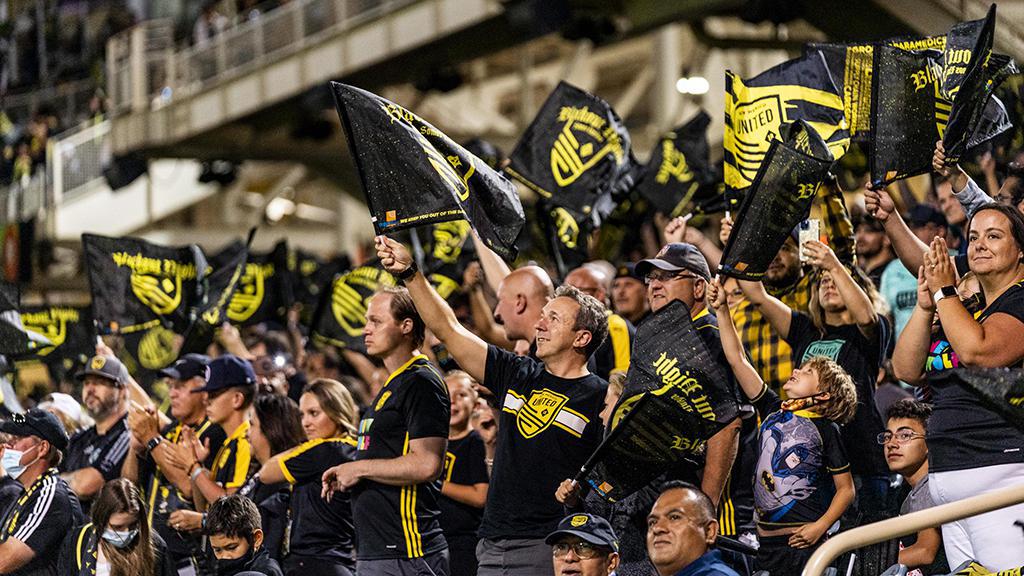 New Mexico United has ranked second in the USL Championship during the 2021 season, averaging more than 8,300 fans per game at its current home of Isotopes Park. | Photo courtesy Josh Lane / New Mexico United

ALBUQUERQUE, N.M. – New Mexico United will supply a total investment of $32.5 million toward the proposed 12,000-seat stadium that would become its permanent home, including $10 million up front in capital investment. It also aims to bring a professional women’s soccer team to the state should the stadium bond be approved by voters in November, the club announced on Thursday, as details of the lease between the club and the City of Albuquerque were released.

The new venue is estimated to bring 780 new jobs to the city, while the club will pay the city $800,000 a year for use of the soccer-specific venue and $100,000 a year minimum for concessions and revenue generated from the facility over the course of a 25-year lease as a rent-paying tenant. The city will also have 15 dates available each year at the facility for events and concerts.

“Today’s binding letter of intent with the City of Albuquerque is about more than dollars,” said New Mexico President and CEO Peter Trevisani in an open letter to fans. “Yes, we are pledging $32.5 million of total investment, including $10 million upfront in capital investment that will lead to 780 jobs without raising taxes a dime. But beyond that, this letter is a promise. A promise that we’re fully invested, that we’ll be in the Land of Enchantment for a long time, and that we’ll never stop working and doing our part to help create the best possible version of New Mexico.” 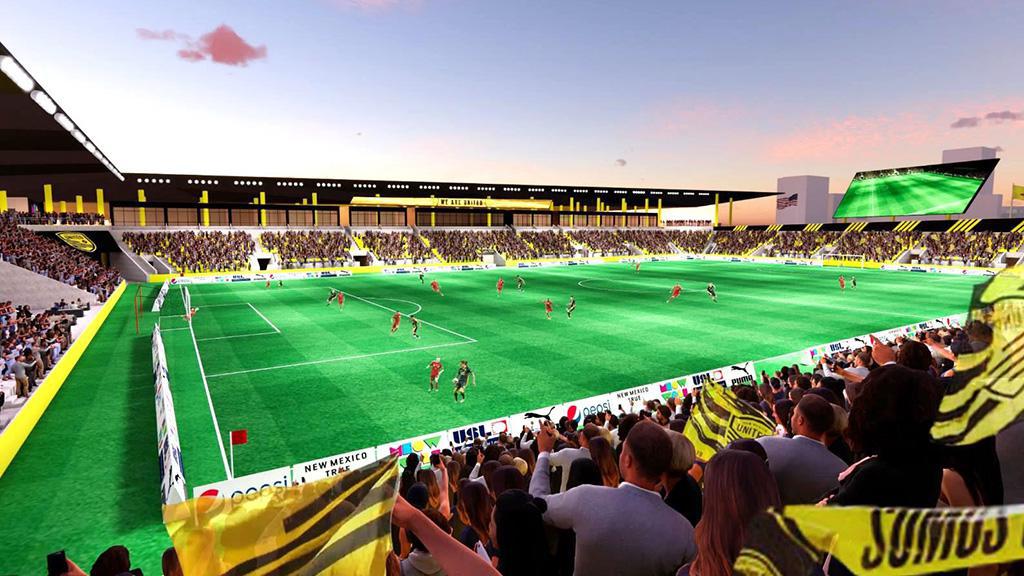 A rendering of New Mexico United's proposed stadium, for which details of a lease agreement between the club and City of Albuquerque were released on Thursday.

New Mexico United currently ranks second in the USL Championship this season with an average attendance of 8,337 fans per game despite attendance restrictions implemented under health and safety protocols at its current home Isotopes Park. That trails only Louisville City FC, which last year opened its new 15,000-capacity venue in the Butchertown neighborhood of the city. Additionally, Trevisani pledged that a professional women’s team would arrive within three years upon completion of the facility should the stadium bond be approved by voters in November, which would provide $50 million toward the new venue, for which Albuquerque Mayor Tim Keller has been a vocal proponent in favor. The commitment to growing the women’s game in New Mexico arrives in the same week as the USL announced the launch in 2023 of its new professional Division II Women’s league, USL Super League.

“[This would be a] gathering place for New Mexicans, a hub of innovation, a celebration of the state, and a symbol of hope for generations to come,” said Trevisani. “This stadium has always been and will always be about so much more than soccer. It’s about progress, elevating our state, and a belief that we deserve good things. It will undoubtedly be an economic catalyst but more importantly it will be a catalyst of dreams.”

New Mexico United’s proposed new venue is among a collection of new stadiums currently under construction or in the proposal phase across the USL Championship and USL League One. This season saw three clubs open new venues as Phoenix Rising FC began play at its new 10,000-seat venue at Wild Horse Pass, Colorado Springs Switchbacks FC opened a new 8,000-seat downtown facility, and the Charlotte Independence moved into a newly-renovated American Legion Memorial Stadium in the city’s downtown.

Last week, 2022 expansion Championship side Monterey Bay F.C. held its official groundbreaking at Cardinale Stadium, which will serve as the club’s permanent home as it joins the league next spring, while progress is underway for fellow expansion club Queensboro FC in Queens, New York and its 7,500-capacity venue, the first and lone current professional soccer-specific stadium in New York City. The USL expects that between 25 to 30 new soccer-specific facilities will be created in the next three to five years as the Championship and League One continue expansion, bringing professional soccer to new markets across the United States.