Key figure in club’s growth, construction of new facilities to move on after ‘most rewarding five years’ 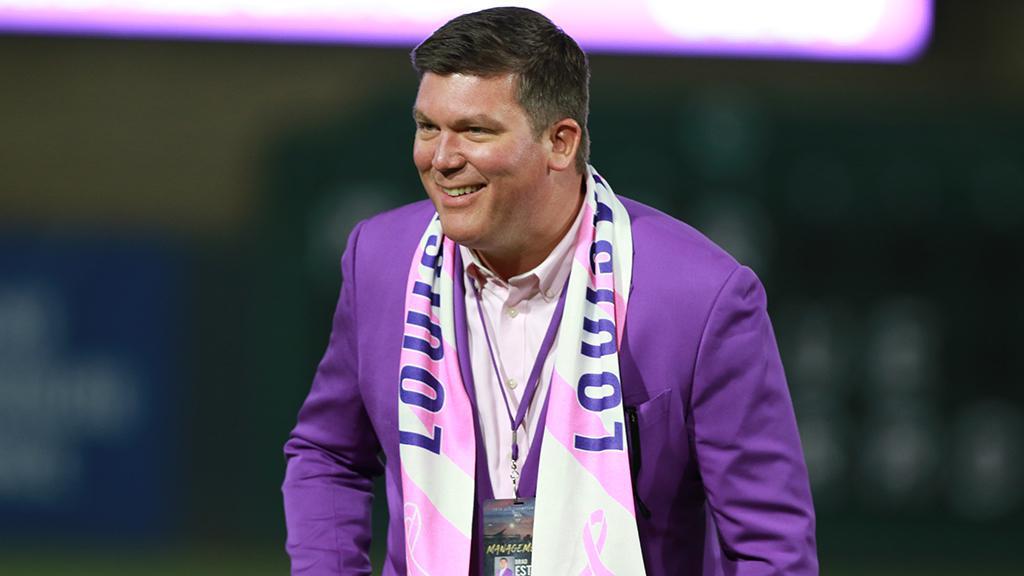 Soccer Holdings, LLC President Brad Estes will depart the club after five years in the coming weeks, having played a key role in the club's expansion since his arrival in 2016. | Photo courtesy Em-Dash Photography / Louisville City FC

LOUISVILLE, Ky. – Soccer Holdings, LLC, announced on Monday that President Brad Estes will depart the club in the coming weeks to pursue a local business opportunity outside of soccer. James O’Connor has been appointed Soccer Holdings’ interim president amid the transition.

“We thank Brad for his efforts these last five years and know that we wouldn’t be where we are today without his diligence and leadership,” said John Neace, Soccer Holdings’ Chairman and CEO. “We wish him well and know that he will continue to do great things in his career. As we all know, you don’t replace a Brad. He will always be a part of the purple family.”

Estes is a Louisville native who originally connected to the club as a consultant through his previous role as Neace Ventures’ president. He soon afterward came on full time, leveraging a finance background during LouCity’s swift ascent on and off the field.

The boys in purple won USL Championship titles in 2017 and 2018 as a Butchertown stadium development became reality. In 2019, the NWSL granted Louisville an expansion spot in the world’s top women’s soccer league. The respective youth academies began play in 2020 before Racing hit the pitch in 2021.

COVID-19 may have dulled Lynn Family Stadium’s opening games, forcing limited capacity. But Soccer Holdings continued its growth in spite of the pandemic, investing in a state-of-the-art training facility at Champions Park that opened this past summer.

“Working for this organization has been the most rewarding five years of my career,” said Estes. “I’m excited to start my next adventure, which will allow me to be a supporter on the weekends. I owe a massive debt of gratitude to our board, ownership, players, staff, supporters, sponsors and Metro government. I’m proud of what we have been able to accomplish together.

“I wouldn’t be leaving unless this business was set up for success. It is thriving, and it will continue to do so under John and James’ leadership.”

O’Connor, LouCity’s first Head Coach from 2015-2018, returned in 2020 as Soccer Holdings’ Executive Vice President. He has spearheaded the soccer side of the clubs, including roster construction for Racing Louisville and formation of the youth academy that now numbers more than 1,000 players.

“I’ve really enjoyed working with Brad over the years,” O’Connor said. “He has brought so much to the organization and has played a huge part in our success with tireless work over the last few years. We wish Brad, his wife, Emily, and the rest of his family every success in the future. We are all better for having Brad work with us, and he will be missed.

“However, we are all determined to continue moving our organization forward to achieve even more success in 2022.”