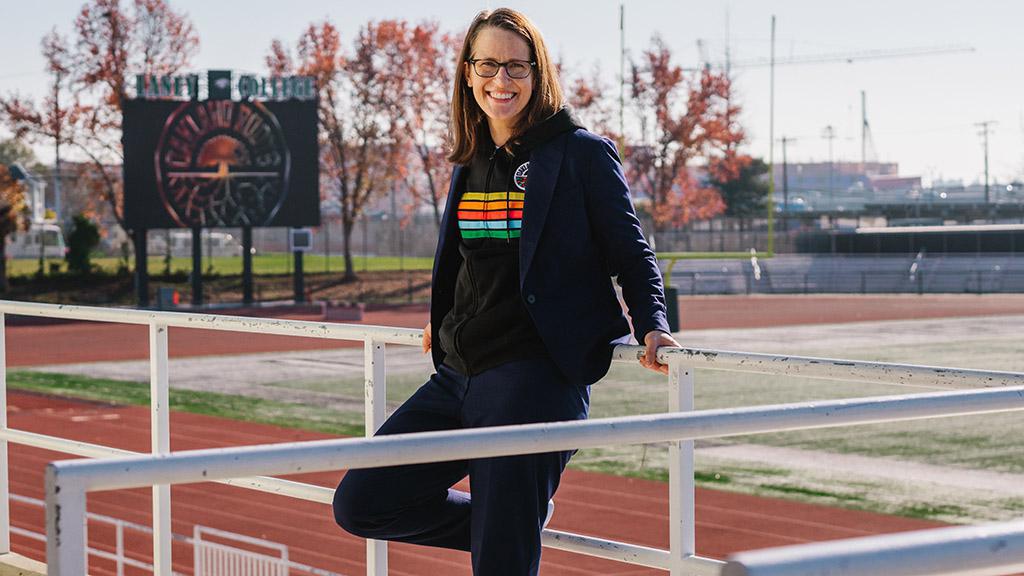 Oakland Roots SC has appointed Lindsay Barenz as its new President, with the experience soccer executive having worked at the NWSL and for both the Washington Spirit and Real Salt Lake in her career. | Photo courtesy Oakland Roots SC

OAKLAND, Calif. – Oakland Roots SC announced on Thursday that Lindsay Barenz will become the club's new President. Barenz joins the organization having most recently served as President of Business Operations for the Washington Spirit of the National Women’s Soccer League (NWSL) and brings a diverse track record of experience in men’s and women’s professional soccer at both the club and league level, law, union organizing, and entrepreneurship.

Barenz will begin her new position on January 18th, succeeding Interim President Steven Aldrich, who will train his focus on his role as Club Chair.

“I’m incredibly excited to join Oakland Roots Sports Club and help them in their mission to build the leading, Purpose-driven sports team in the United States,” said Barenz. “I believe strongly in the club’s vision of how a sports organization should be built and I’m excited about the opportunity to work in a wonderful city like Oakland. I can’t wait to get started.”

In her role with the NWSL, Barenz led the sale of the league’s broadcast rights and helped secure several league-wide partnership deals. Prior to that she served as the Vice President of Strategic Business Development and General Counsel for the Utah Royals FC, Real Salt Lake, and Real Monarchs SLC and was Real Salt Lake’s Alternate Governor on Major League Soccer’s Board of Governors.

We could not be more thrilled to welcome Lindsay to the club,” said Aldrich. “Not only does she bring experience at the highest level of the game in this country, but she is someone who has consistently chosen to lead with purpose throughout her career. Her shared passion for our vision for Oakland was apparent from the first time we met, and she will further elevate the club on and off the field.”

Born in the Bay Area, Barenz grew up in Centerville, Utah and is a graduate of the University of Utah and Yale Law School. She previously lived in Washington, D.C. where she spent time as a union activist and later as a member of the Obama Administration in the White House Office of Management and Budget. She is the founder of a digital media company covering arts, culture, theater, and performance in New York City, and worked as a mergers and acquisitions attorney with the law firm Cleary Gottlieb Steen & Hamilton LLP.

In 2015, Barenz managed Jackie Biskupski’s campaign for Mayor of Salt Lake City, electing the first openly gay mayor of Utah’s capital city and she currently sits on the Board of Directors for the Planned Parenthood Association of Utah.