Soccer is the world’s game. It’s a sport that can unite people regardless of language. As long as you have a ball, an open field, and something to represent goals, anyone can pick up the game and play. Sometimes, all you need is a ball.

From September through to the end of the holiday season in December, El Paso Locomotive FC had the unique opportunity to work alongside Fort Bliss, Segundo Barrio FC, and staff from UTEP to help ease the uncertainty of relocation for Afghan refugee children by running soccer programs. These children, whose ages ranged from 7 to 15 years old, were part of the group of Afghan families that supported US efforts in Afghanistan.

Led by Bob Bigney, Locomotive Director of Youth Soccer, these soccer sessions not only helped ease the transition but provided a sense of normalcy for the children affected, giving them an opportunity to be kids and play without a care.

Through the efforts of Simon Chandler, Director of Segundo Barrio Futbol Club, hundreds of soccer balls were collected and given to the children at the camp. The Afghan children competed fiercely and freely in the soccer games and loved to participate, not only in the game of soccer but in cricket and other sports.

These programs were more than just games held on hardscrabble fields carved out of the desert in the camp, they were massive moments in raising the spirits of the children during a turbulent time in their lives. 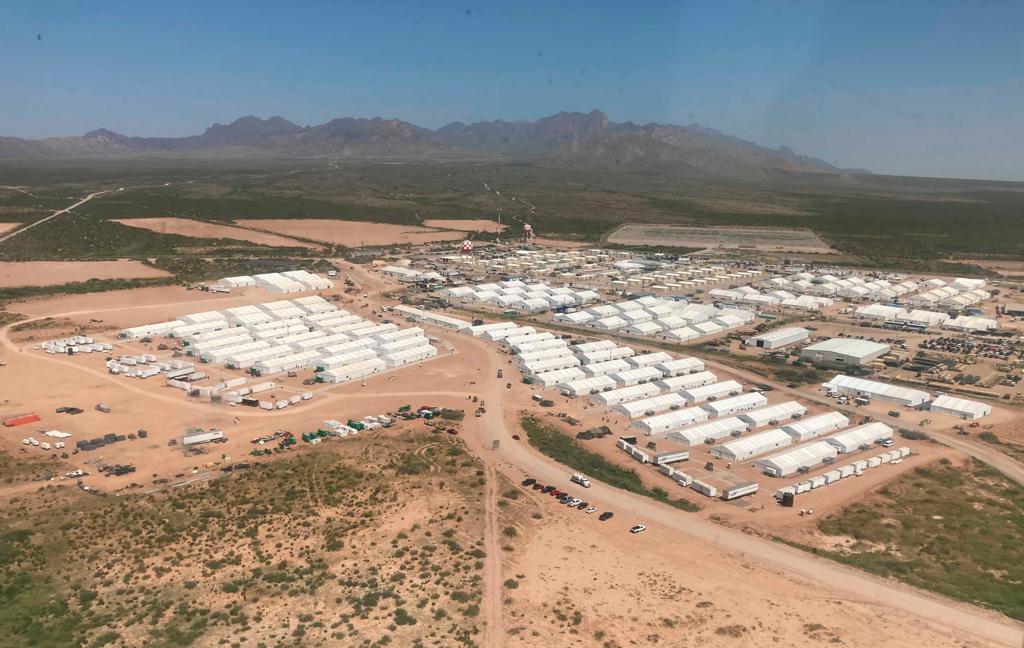 “It was wonderful to see these children come running out of their tents when we showed up to have our soccer program,” commented Bigney. “They all had big smiles on their faces when they were able to get out, run around, and kick a ball.”

The rushed move out of Afghanistan came on very short notice. Families found themselves living in a refugee camp in a foreign country located in the desert between El Paso and Las Cruces. At its peak, the camp housed more than 10,000 Afghan refugees, between 3,000 and 4,000 of which were children.

“The kids were great and even though we were speaking different languages, we had some fantastic soccer games,” said Bigney.

These programs have since come to an end as the families at the refugee camp at Ft. Bliss have all been relocated to their new homes throughout the United States, but the transition was made easier, and the memories made from these programs will last a lifetime for all who were involved.

As a leader in the local soccer community, El Paso Locomotive FC takes pride in being able to offer support services like this to many groups in and around El Paso since its inception in 2018. It’s the goal of the entire organization to continue bringing together the Borderland community and all those who may be just passing through by playing the world’s game.