You never forget your first professional goal. That will be especially true for El Paso native Diego Abarca.

At 16 years 11 months and 16 days, Diego Abarca cemented himself into Locomotive history as the Club’s youngest goal scorer. The Locomotive Academy midfielder stepped onto the pitch in the 53rd minute against Hartford Athletic last Saturday. Three minutes and fourteen seconds into his third professional appearance, in front of family and his friends, Diego rocketed a left-footed shot to the top corner.

It was a shot that that sent Southwest University Park into a frenzy and received national attention.

“It’s a decent first goal for your pro career, isn’t it?” Head Coach and Technical Director John Hutchinson commented. “He looked really comfortable out there. He is 16 years old and looked super comfortable looking like he played many pro games. You can see what the Club has put in place for these U-19 kids.” 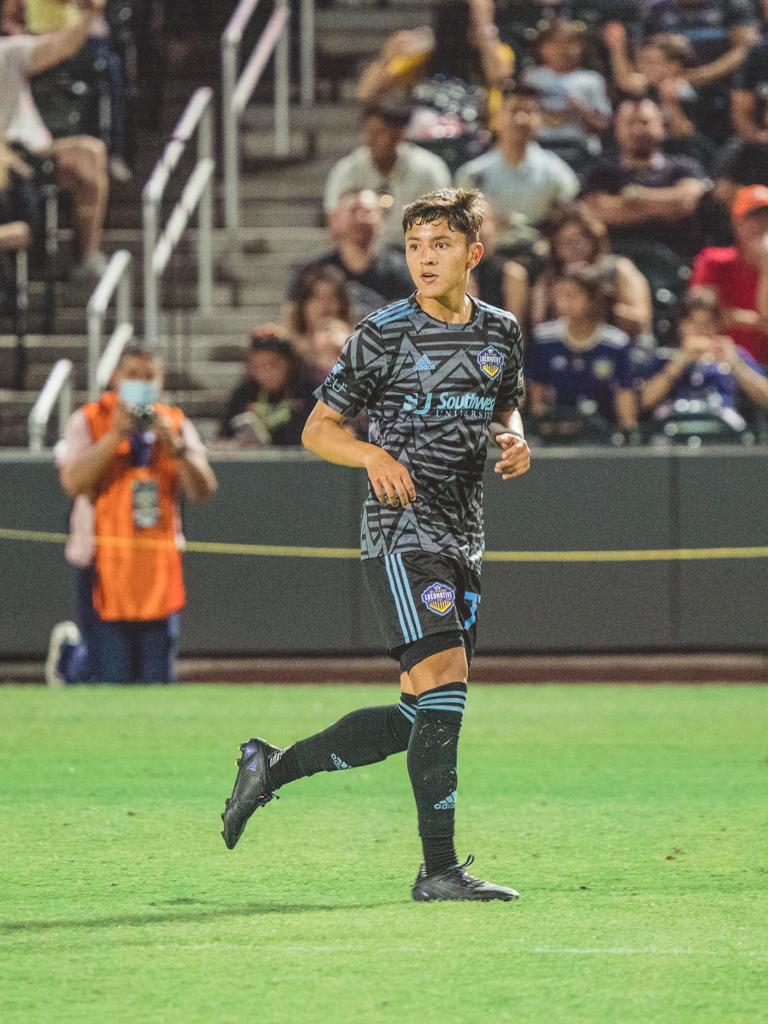 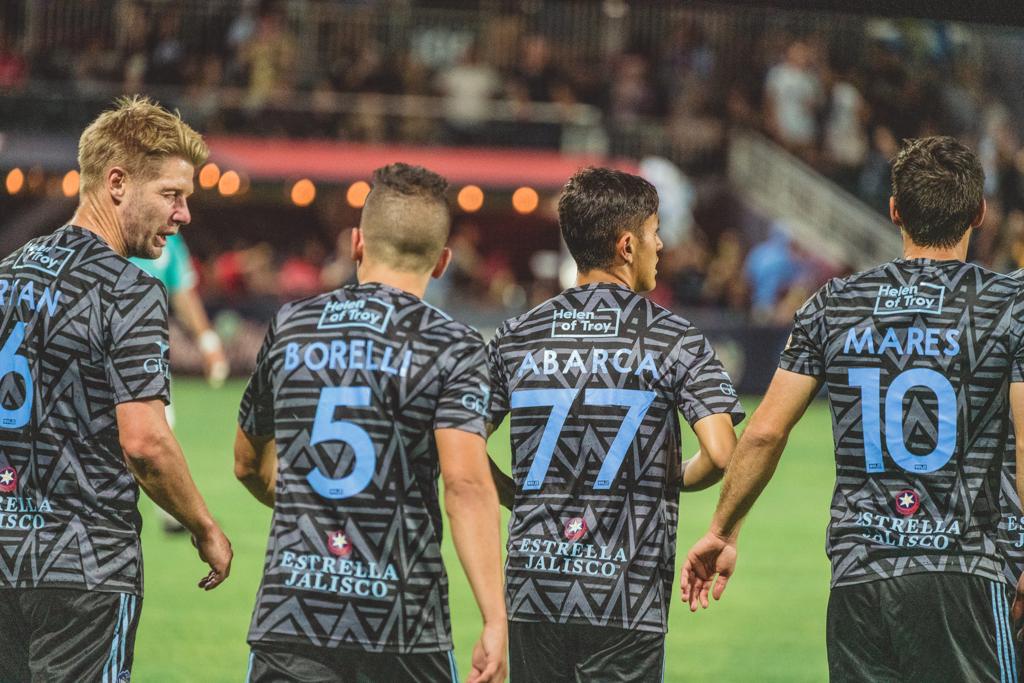 Hutchinson wasn’t the only one who thought Diego’s goal had quality. On ESPN’s SportsCenter, Diego’s first professional goal came in at #8 with the comment ‘that thing had a vapor trail on it’. Soccer America shared the goal on their social channels, referring to it as a ‘golazo’. It caught the attention USL Championship, with Nicholas Murray calling it a ‘brilliant finish’ before it was nominated for the USL Championship Goal of the Week.

The young midfielder wasn’t done there either. In the 85th minute, Diego nearly found a game-winning second goal with another left-footed shot that tested Hartford Athletic’s 23-year-old goalkeeper. The overall performance earned the El Pasoan Estrella of the Match honors, gifting him a keepsake trophy as a souvenir of the night.

“I’m kind of shocked, to be honest,” said Diego with a smile after Saturday’s match. “It’s my second appearance at home and I get a goal. It was very shocking.”

Diego, who was born in in June of 2005 and plays for the Locomotive Academy, signed a First Team Academy contract in February earlier this year. Under the Academy contract, Diego would be available for First Team selection by Hutchinson. So far Diego has been called upon three times, twice playing in front of his hometown crowd.

Throughout the year, the 16-year-old midfielder has been impressing at the Academy level with the U-19 squad. Along fellow teammates such as Joel Maldonado, Noe Coutino, and Venancio Calderon – all of whom made appearances on Saturday – Diego has found great successes. In April, the U-19 squad played at the prestigious invitation-only Dallas Cup where they made a deep run into the Semi-Finals. Diego found a goal in all three games in the group stages to help the Locomotive side emphatically clean sweep the group.

When asked about his feelings getting his name on the team sheet last Saturday, Diego responded, “I came in hungry, to be honest. Any chance I get, I have to perform and show my talents and help out the team, most importantly. I just come in hungry and desire to try my best. That’s about it.”

As for what comes next? With many players on the First Team roster still away on International Duty, Diego rejoined the squad Monday morning for training as the team prepares for Phoenix Rising on the weekend.

Now that he has recorded his first goal, Diego is eager to continue on and aim for another spot on the Locomotive team sheet.

El Paso Locomotive FC will take to the pitch again against Phoenix Rising FC on Saturday, June 11. Kickoff from Wild Horse Pass in Chandler, Arizona is set for 8:30 p.m. MT and will be broadcast live on ESPN+. The Locos will return to Southwest University Park on Saturday, June 25 to host New York Red Bulls II with a post-match firework show. The match is scheduled for 7:30 p.m. MT with tickets available for purchase online here or by calling 915-235-GOAL.