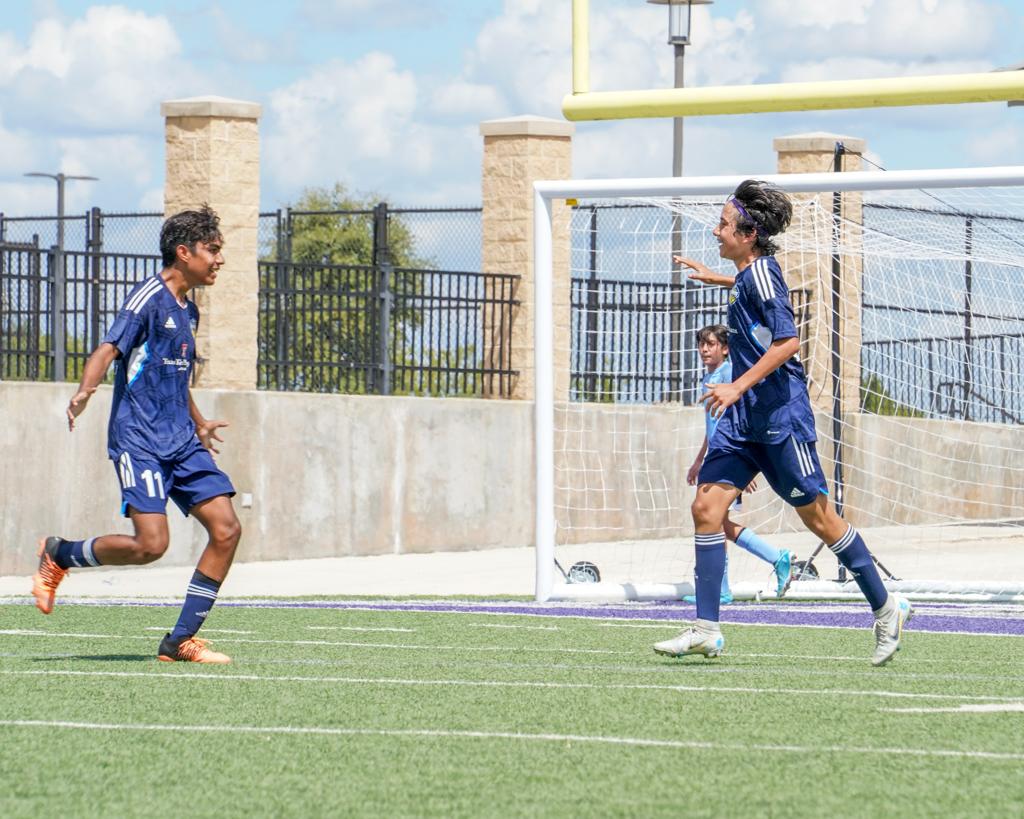 El Paso Locomotive FC Youth Soccer is in full swing with 21 teams participating across 10 age groups. From local matches to regional tournaments, the sky is the limit for these young athletes and the organization they proudly represent.
Coming off a successful run in the Arsenal Challenge Cup, El Paso Locomotive Youth Soccer had 21 teams participate in the highly regarded tournament with a handful bringing home some hardware. “Many of our teams found a competitive tournament from the Arsenal Challenge Cup and many of our teams found success as well, including our 2007 Blue team and our 2009 Blue team,” commented Director of Youth Soccer and Programs, Colin Herlinger. Herlinger continued, “Our 2011 Silver team ended as finalist, losing in the finals and our 2010 Gold team just missed the finals due to a weather delay.”

The successful run in the tournament wasn’t just reserved for the Locomotive Youth Soccer teams, but extended to the Academy as well, putting on full display their prowess on the pitch. “Our Academy had an exceptional experience at the Arsenal Challenge Tournament. Huge thanks for the organizers - Arsenal AZ is a great club and the Arsenal Challenge Tournament is a great tournament. We will definitely be back next year!” stated Ivan Militar, who is serving his first year as the Academy Director

Militar continued, saying, “on the field, we were able to compete against top teams and develop our players and our teams in a highly competitive environment. It is very exciting to see that our teams had a lot of success: three out of our five Academy teams brought home the Tournament Championship, which is encouraging for the future." Adding to the success and acceleration of the youth game in the region, El Paso Locomotive Youth soccer has been able to time and time again highlight the wealth of talent the Borderland has to offer.

From tournament wins, USL Academy Contracts, and everything in between, El Paso Locomotive Youth Soccer has excelled in bringing high-quality coaches, staff, and players together for a common goal; expanding and developing the scope of youth soccer in the region. Adding to the already successful run this young program has had in its first few years, El Paso Locomotive FC had five Academy players (three 2009 players and two 2008 players) invited to participate in the U.S. Under-15 Men’s Youth National Team talent identification camp earlier this Fall.

These five players were a part of an elite group that was comprised of 60 of the most talented U-15 boys in the country. El Paso Locomotive Academy players represented nearly ten percent of the pool at this ID camp, further showcasing the high-level talent that Locomotive Youth Soccer strives to foster and develop.