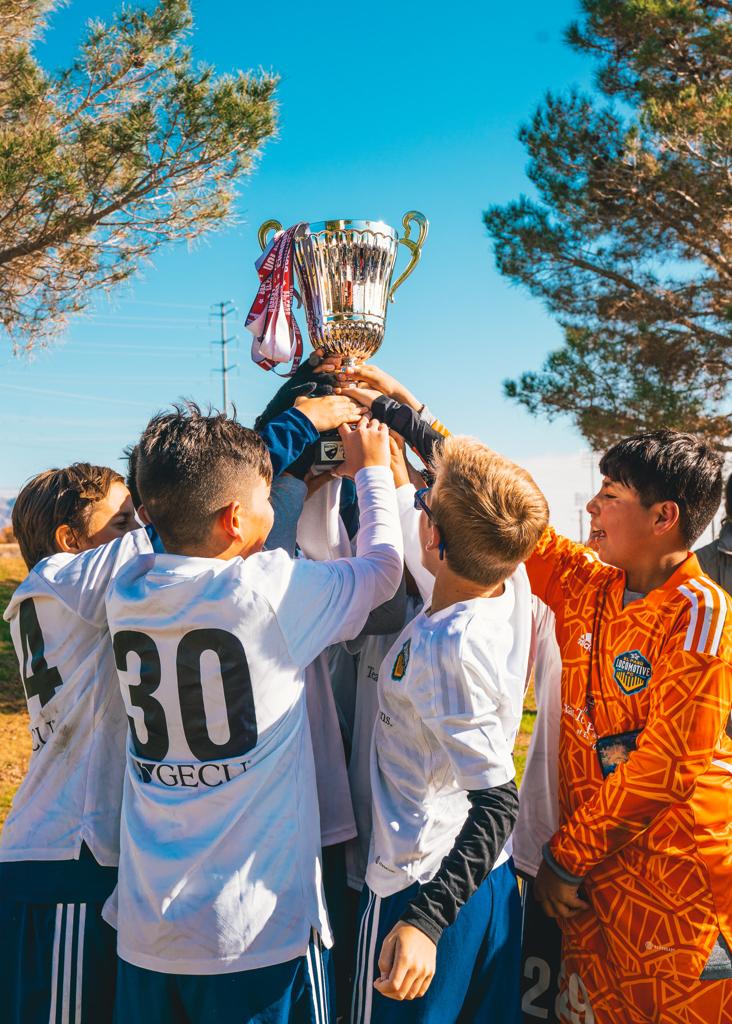 “We are incredibly proud of the growth and success our youth teams have had over the season,” Director of Youth Soccer and Programs Colin Herlinger said. “In all age groups, we never show complacency or stagnate, we always look to improve, and our coaches find new ways to progress for greater success. We want to allow our players and athletes time to rest and recover for next season, but we will quickly come back together and prepare for next season with indoor training and a technical academy. We have an exciting future in front of us.”

A summary of Locomotive Club results from the weekend are as follows:

In addition to impressive showings from the boys, the girls club teams showed grit and determination when competing in the boys’ divisions. Their willingness to step up to the challenge and compete further drives Locomotive’s desire and commitment to build the largest girls soccer program in the city, to provide local female talent a place to develop their skills and become leaders, on and off the pitch.

Locomotive will be looking to expand both boys and girls clubs throughout the winter and are inviting local youth to register for supplemental tryouts. For more information and registration, click here. Space is extremely limited, so people are encouraged to register soon.

As for Locomotive’s Academy teams, Academy Director Ivan Militar was well pleased with their league and playoff performances, as well as the quality of competing in the EPPL.

“Our experience in the El Paso Premier League has been overwhelmingly positive,” Militar said. “The EPPL provided our teams with quality competitive matches that were ideal for developing player skill, athleticism, and game intelligence.”

When the Academy joined the league, the decision was made for the teams to play one or two years higher than their age group and the decision has proven to be one of excellent judgement, as teams were challenged in each contest and gained valuable experience in their development as players.

A summary of Locomotive Academy results from the weekend are as follows:

Led by Carlos Rodriguez with assistance from Gianluca Masucci, the U13 Boys played in the U14 Premier Division and finished the regular season 4-3-1. They placed third in the playoffs and despite the physical disadvantage faced in every game, the young players showed promising quality on the ball and willingness to compete.

Led by Marc Rosch, the U14 Boys played in the U15 Premier Division and finished the regular season 4-3-0. Despite the athleticism of the older boys, the team did not accept any excuses and competed on a high level throughout, managing impressive victories in the playoffs and winning the league in solid fashion.

Led by Colin Herlinger with assistance from Marina Schachowskoj, the U15 Boys played in the U16 Premier Division and finished the regular season 7-1-0, which put them on top of the table. In the playoffs, they finished third, leaving the team unsatisfied but ready to learn from the experience and improve in the future.

Led by Jair Olivares, the U16 Boys (freshly crowned Alianza National Champions!) played in the U18 Premier Division and finished the regular season 5-3-0. They played with confidence and showed great quality when it came to the Locomotive style of play, winning the final 2-1 against FC Dallas West U18.

Led by Obed Hernandez, the U17 Boys played in the U19 Premier Division and finished the regular season 4-4-0. Locomotive’s U17 Academy players developed well throughout the year, learned important lessons when it came to discipline and improved steadily on the field. Their effort and dedication paid off with a championship trophy being awarded to the team for their strong performances on the field.

Locomotive Academy will be hosting ID Camps in the spring to fill roster spots for Fall 2023. More information will be announced when available.